The CCMA is an independent body that aims to promote fair labour practices by resolving labour disputes between employees and employers. 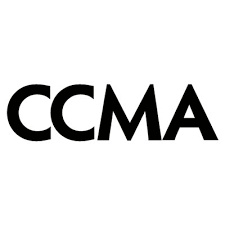 Commission for Conciliation, Mediation and Arbitration.

CCMA stands for the Commission for Conciliation, Mediation and Arbitration.

Conciliation means to mediate between two disputing parties or groups.
Mediation means intervention in a dispute to resolve it.
Arbitration means a hearing and determining of a dispute or the settling of differences between parties by a person.

What is the CCMA

The CCMA is an independent body that aims to promote fair labour practices by resolving labour disputes between employees and employers.

What is the purpose of the CCMA?

main functions of the CCMA

The main functions of the CCMA:

The CCMA must attempt to resolve disputes referred to them either through conciliation or arbitration.

Conciliation is resolving a dispute through mediation between disputing parties:

WHAT HAPPENS AFTER CONCILIATION?

After the conciliation, the CCMA/Commissioner must:

Arbitration is the hearing and determining of the dispute and an attempt to settle the difference between the parties by a Commissioner.

During arbitration the Commissioner may decide on the most appropriate way to conduct the arbitration to resolve the dispute as fairly and as quickly as possible with the least legal formalities.

A party to a dispute may during arbitration:

If all the parties consent, the Commissioner may suspend the arbitration proceedings and attempt to resolve the dispute through mediation and conciliation.

The Commissioner must issue and sign an arbitration award with brief reasons within 14 days of the conclusion of the arbitration proceedings.

REPRESENTATION AT THE ccma

A party to a dispute may appear in person or may be represented by a legal practitioner, a co-employee or a member, office bearer or official of the party's trade union or the employer's organization, and in the case of a juristic person (a company or organization), by a director or an employee.

If the dispute being arbitrated is about the fairness of a dismissal, and a party has alleged that the reason for the dismissal relates to the employees conduct or capacity, the parties to the dispute are not entitled to be represented by a legal practitioner in the arbitration proceedings unless all the parties including the Commissioner consent.

award and findings at the CCMA

An arbitration award by the CCMA or Commissioner is final and binding and may be made an order of the labour court.

Kontak Recruitment is a leading recruitment agency in South Africa

An employment contract should be read in its entirely before being accepted. It is important to understand who is considered an employee and what the difference is between permanent, fixed term and an independent contractor.

CONSTRUCTIVE DISMISSAL - WHAT IS IS AND CAN IT BE PROVED?

A constructive dismissal is defined as a situation in the work place, which has been created by the employer, and which renders the continuation of the employment relationship intolerable for the employee to such an extent that the employee has no other option to resign.

The Basic Conditions of Employment Act is put in place to ensure the right to fair labour practices for employers and employees in South Africa. The Act form part of every contact of employment in South Africa and represents the minimum standards.

The restraint of trade clause prohibits an employee from engaging with direct competitors or from competing with the business of the employer for a specific time period and within a certain geographical area.

How much notice must you give your employer and what is the difference between a 30 day notice period and a calendar month notice period.

Maternity leave is the period of time when an expecting mother takes off and stops working to have and care for her new born baby. Employers are not obliged to remunerate employees for maternity leave, in this case the employee is able to claim maternity benefits through the Department of Labour or UIF Department.

The law in South Africa states that no agency or employer may charge a job seeker to apply or find a job. No legitimate recruiter will charge you to apply or register with their company. See tips on how to spot job scams.

Employers and recruiters are hiring online. Brand yourself online to secure a job. Display your resume, search for jobs and enhance your professional reputation by posting updates.

Back to Job Market News